We have years of experience caring for families from all walks of life, cultures and faiths. Our unsurpassed staff and our family provide kind, caring, professional service. Each family comes to us because they know we are leaders in our profession who are dedicated to excellence in service, adhere to the highest funeral industry standards, and have exceptional integrity. We consistently earn phenomenally high customer satisfaction survey results.

Our licensed, professional staff is here for you 24 hours a day, 7 days a week. Please call 1-334-983-6604 anytime. We will even come to you to make arrangements in the comfort of your home.

Prompt, compassionate service is always just a phone call away, where and when you need it. 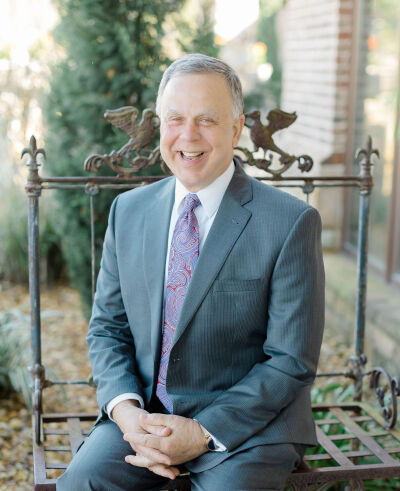 Robert has worked in the funeral industry since he began his funeral director’s apprenticeship at the age of 16. Born in Midland City, and a graduate of Headland High School, Robert has a strong appreciation for the Wiregrass region and its many wonderful residents. He opened Byrd Funeral Home in Dothan in 1983, but sold the business in 1995. He immediately began pursuing plans to grow Sunset Memorial into its current standing as the area’s premier provider of funeral and burial services.

Since 1986, Robert has also served as the Houston County Coroner. He is a member of the Alabama Coroners Association, Alabama Funeral Directors Association, The Independent Funeral Group, ICCFA, the Alabama Cemetery Association, and several local, civic organizations. He is a member of St. Columba Catholic Church, and enjoys traveling, spending time with family and friends, and riding his motorcycle. Robert and his wife, Toni Newton Byrd, have five children – Jordan, Phillip, Andrew, Matthew and Emily – and grandchildren, Olivia and Grayton. 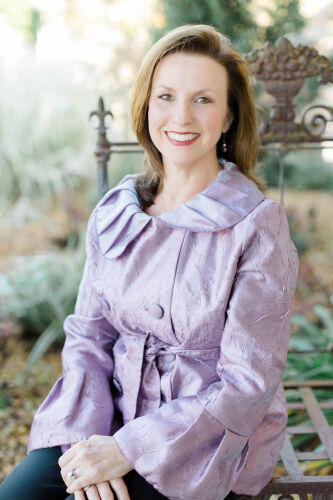 Toni Newton Byrd was born and raised in the Wiregrass. With roots that trace back to Slocomb on her mother’s side, and Taylor on her father’s, Toni has a deep love for the community. The couple have five children and two grandchildren. Toni has been integral to the development and success of Sunset.

She is a licensed Alabama Funeral Director, a member of the Alabama Funeral Directors Association, The Independent Funeral Group, ICCFA, the Alabama Cemetery Association, and the Houston County Republicans Women’s Association. A member of St. Columba Catholic Church, Toni enjoys needlepointing – a hobby she learned from Robert’s grandmother – as well as traveling and spending time with her family. 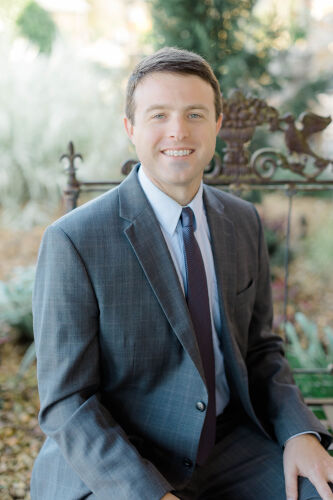 Andrew Byrd, son of Robert and Toni, earned an associate degree in mortuary sciences from Jefferson State in 2017. Growing up in the family’s funeral home business led Andrew to appreciate his parents’ accomplishments as business owners, mentors and community leaders.

Joining the staff at Sunset was a natural fit for Andrew, who plans to follow the example set by his mother and father, and become one of the welcoming faces that clients know and look for in their time of need. Andrew and his wife, Courtney, are parents to son, Grayton. Tena Ellison’s experience in the art and home décor industry has been invaluable in creating the soothing atmosphere that sets Sunset apart. Originally from Columbus, Georgia, she studied photography, nursing and accounting at Columbus College. In 1993, Tena returned to Dothan to make it her home because of family. Her love of art and gardening allows her to utilize her aesthetic talents with color and composition both inside and outside of the funeral home. Tena’s vision has been instrumental in creating the interior of the funeral home and breathtaking landscaping throughout the grounds. 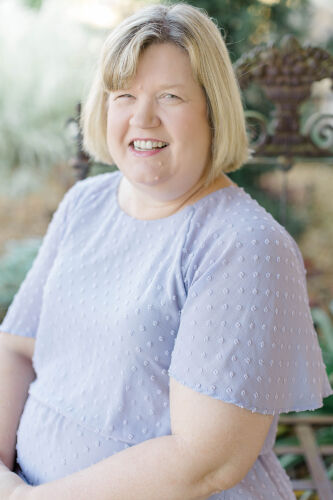 Tanya Kloenne joined the Sunset family in November 2015 as bookkeeper after 29 years as an accounting manager for Wal-Mart. Raised in Coffee County, she is a graduate of New Brockton High School and Troy University. Tanya enjoys spending time with her husband, Robert, and two daughters, Allex and Viktoria. When possible, she likes to escape to Destin for some shopping or relax by the pool with a good romance novel. 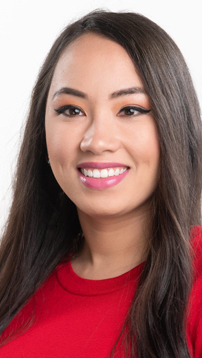 Korey is a native of Cedar Rapids, Iowa. She received her associates degree in Science and her Mortuary degree from Des Moines Area Community College. She then went on to receive her Bachelor’s in Funeral Service from Mid-America College of Funeral Service. She and her husband have a daughter. In her downtime, Korey loves traveling and baking. She knew she was going to be a funeral director when she experienced her own loss at a young age. “Being a funeral director requires passion. My goal when serving families is to not only plan a personalized service in honor of their loved one but to make sure we provide them with the necessary resources after the service,” she says. “Families grief doesn’t end when the services are over.” 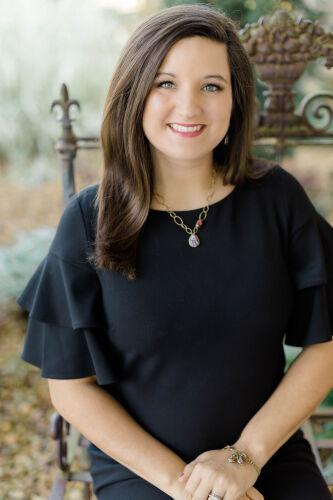 Mikala attended Wallace Community College before earning her associate degree in Mortuary Science from Jefferson State. She and her husband, Tyler, are the proud parents to their daughter, Rylee. They are active in their church and love traveling and spending downtime with family. She lends her energy and ideas to her community through various leadership roles. Mikala says the funeral industry is definitely a calling. She has a passion for being one on one with the families and hearing about their loved one’s life. “I have always said that funeral service is a ministry within itself and getting to be there for families at the most difficult time is the greatest honor.” 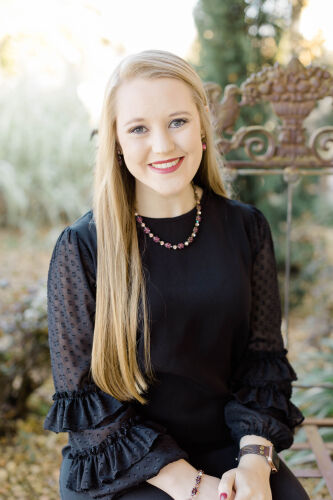 Alanna joined the Sunset family in June 2018 as receptionist. She attended Enterprise State Community College before recently earning her associate degree in Mortuary Science from Commonwealth Institute of Funeral Service in Houston, Texas. Alanna and her husband, Jonah, call Geneva home with their two dachshunds, Nick and Saban. She spends her downtime spending time with family and going to the beach. Alanna lends her faith in Jesus to comfort families in their saddest moments. She has a passion for serving others, and feels privileged to have the opportunity to plan personalized funerals for families loved ones. 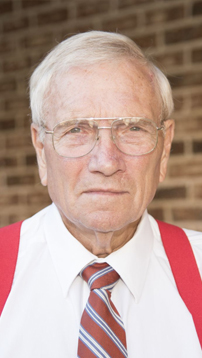 Keith Stowers was born and raised in Southern Ohio before attending the Citadel Military College in Charleston, South Carolina. After graduation he joined the Air Force, and served 20 years on active duty, and 23 years as a civil service employee. While in the military, Keith began working with Air Force Mortuary Program. Following his retirement from the Air Force, Keith and his wife Marcia moved to Dothan to be closer to their children and grandchildren. He joined Sunset as a funeral assistant in 2005. He and his wife are both members at Dothan’s Calvary Baptist Church, and are actively involved in the Senior Program. When not working or at church, they stay very busy with their eight grandchildren. 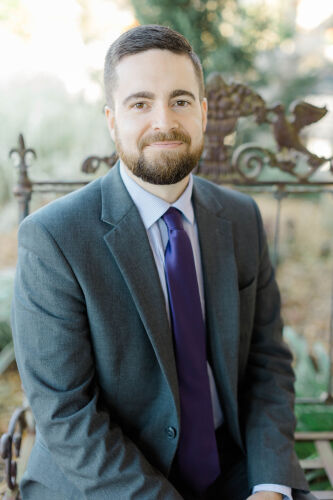 Rob Windham was born and raised in Headland, AL. After graduating from Headland High, Rob went on to earn a bachelor’s in Psychology from Troy University in 2013 and an MBA from Louisiana State University - Shreveport in 2018. Before joining Sunset in 2019, Rob spent over 6 years working for the local Area Agency on Aging helping to provide resources and services to those in need. Rob enjoys spending time with his wife, Brittany, and their daughter, Eva. They attend Wiregrass Church in Dothan.

You are welcome to call us any time of the day, any day of the week, for immediate assistance. Or, visit our funeral home in person at your convenience.